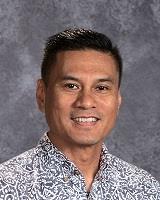 Hello and thank you for visiting my page. My name is Mr. Domingcil but most students call me Mr. D. I've been working here at DHS since 2013 but I've been in the district since 2001. I taught at Washington Intermediate School before I was hired here. I have a great passion of teaching students about music. I believe students can learn and have a great time learning. I also believe that any of my classes  is a place where students will not only learn music, but learn about themselves and how to work together as a team. Some parents have told me that their child has "come out of their shell."

In order to be part of the DHS Bands, students had to have been in band before entering DHS. Beggining guitar students do not need any experience before taking the class.

The Emperor Marching Band participates in numerous parades and competitions through out the year:

Pismo Band Review (every other year)